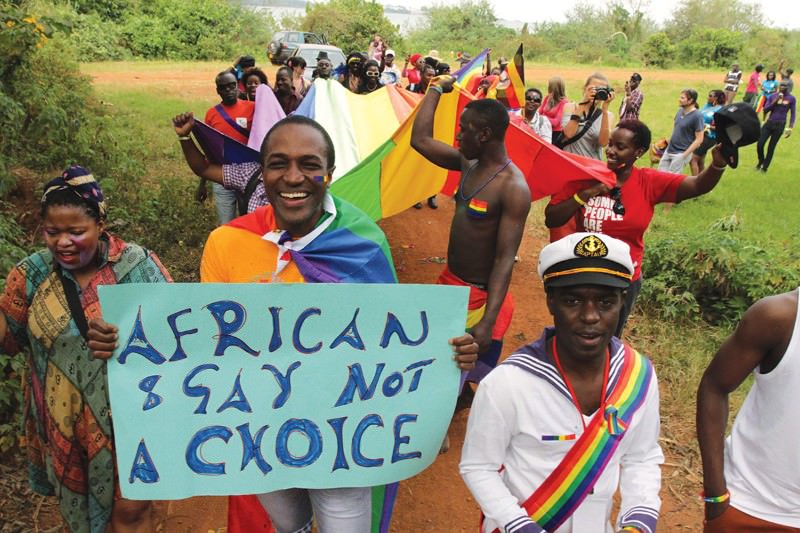 LGBT Rights in Kenya: An Overview

I became interested in a specific topic during my time in Kenya regarding human rights. In this blog, I will give an overview of the situation on the rights of lesbian, gay, bisexual, and transgender (LBGT) people in Kenya.

Rights for the LGBT group in Kenya are much more different than they are in Canada. In Kenya, LGBT individuals are subject to imprisonment based on their sexual orientation. This is found under section 162 of the Kenyan Penal Code, where sodomy, worded as “carnal knowledge of a person against the order of nature”, is a felony punishable by 14 years imprisonment (Finerty, 2013). Moreover, any sexual practices between males are also a felony which can be punishable by 5 years imprisonment. Same-sex marriage is also banned in the country under the Kenyan Constitution.

Finerty (2013) explains that the anti-sodomy laws came from the Western culture, even before the new Kenyan Constitution was enacted in 2010. After the British colonized Kenya in 1895, they applied their own system of justice to Kenya’s customary law and in 1930 replaced the original Penal Code with the Colonial Office Model Code, which added in the anti-sodomy laws. The Office Model Code is still Kenya’s penal code to this day. The new government after the independence of Kenya inherited, recognized, and applied the former British legal system. Anti-sodomy laws, therefore, have existed in Kenya ever since the British colonized the country.

The new Constitution enacted in 2010 was a chance for Kenya to take a more progressive stance on human rights. It guarantees the fundamental rights and freedoms of citizens, including the right to life, equality and freedom from discrimination, human dignity, privacy, and freedom of expression. However, LGBT Kenyans have not been guaranteed these rights nor offered equality with other Kenyans seeing as how just being LGBT is a felony. Before the Constitution was enacted, some British MPs approached the team drafting the constitution about including LGBT rights (Ringa, 2009). The team responded by saying that they were not able to do so because if they did, the majority of Kenyans would reject the draft in the referendum. On the other hand, some argue that the fundamental human rights under the Constitution are very broad and therefore could encompass LGBT rights, thus the anti-sodomy laws could be seen as unconstitutional.

The new Constitution also incorporates international treaties to which Kenya is a party, which means that Kenya recognizes and adopts international human rights norms into the new Constitution (Finerty, 2013). The international community has begun more initiatives to protect the rights of LGBT people and so many countries that are parties to several treaties are starting to incorporate these rights into their jurisdictions. However, even though Kenya may be a member of these treaties, laws against homosexuality are still enforced in the country.

Kenya is a Member State of the United Nations, which requires that all Member States follow its principles and goals. One of the principles is that every Member State must grant fundamental rights and equality to all individuals and cannot discriminate based on sex, religion, or language. The UN has repeatedly made it clear that these rights extend to sexual minorities. Moreover, Kenya is a party to the Universal Declaration of Human Rights which also states that people are entitled to all kinds of freedoms without distinction of any kind, including sex. Other treaties that Kenya has signed that ensure the fundamental rights of all individuals regardless of sex are:

The Human Rights Council, of which Kenya is also a member, expressed grave concern for the acts of violence and discrimination committed around the world against people based on their sexual orientation and identity. The Council requested that a report be produced by the UN High Commissioner for Human Rights on LGBT rights. The report states that all nations have a duty to protect human rights and this obligation trumps cultural beliefs regarding homosexuality. This means that human rights must be the main priority over cultural beliefs.

View all posts by renata garcia-paulin